The Founding Vision
The rich legacy of Pinehurst, the “Home of American Golf,” dates back 125 years, and includes incredible golf courses, hundreds of championships and almost every renowned figure in American golfing history. Situated in the heart of that golf mecca in the North Carolina Sandhills is The Country Club of North Carolina. The uniqueness of CCNC begins with its founding. In 1962 a group of North Carolina businessmen at last found a piece of property on which to enact an idea that had been percolating among them for some years. The concept was simple - To create a club of the finest quality in a central location for its members to golf and socialize. The location of Pinehurst, with ninety percent of the state's population within 100 miles, along with the natural terrain and beauty of the Sandhills region, came to be the ideal place. 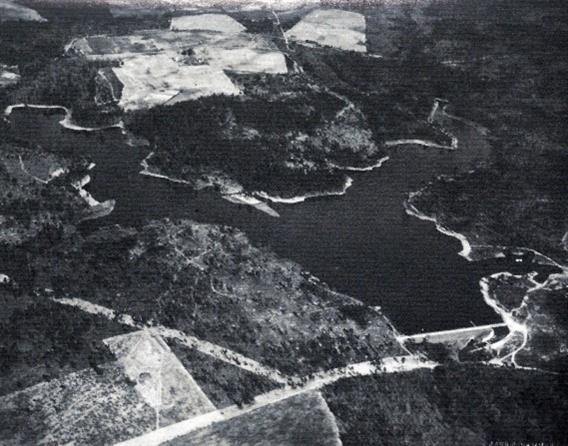 A Plan Comes Together
The site found was a 900-acre wild and heavily forested tract on the border between the Village of Pinehurst and the town of Southern Pines. It had been owned since the 1920s by John Warren Watson, a successful Philadelphia engineer, who left unrealized at his death his own dream of a golf course and hotel on the site. (Watson’s house and boathouse still stand on the western shore of the 60-acre lake he created by damming three streams on the site, and that bears his name.) Raleigh accountant Dick Urquhart, Greensboro investment banker Hargrove “Skipper” Bowles, Greensboro developer and builder Griswold Smith, and Raleigh attorney James Poyner were the four founding members in the venture. The group soon enticed more than three dozen charter members, representing a Who’s Who of North Carolina business and philanthropy, to join them. To give shape to their dream the founders called upon the services of Atlanta-based land planner Willard Byrd and golf course architect Ellis Maples, a protégé of Donald Ross whose father was for decades the construction superintendent and greenskeeper for Pinehurst Resort, to design a community master plan and golf course.

A Celebrated Opening and Early Years Expansion
The course, with nines named Longleaf and Dogwood, opened for play in December of 1963, and quickly earned the reputation for excellence its founders envisioned. It was named to the inaugural Golf Digest Top 100 Courses in the U.S. in 1966, where it remained for 33 consecutive years, and soon began hosting prominent national championships. The two original nines proved so popular that the club retained Willard Byrd to build nine additional holes on land acquired in a property swap with the Tufts family, then owners of the Pinehurst Resort. Opening for play in 1970, it was named “Cardinal,” after the North Carolina state bird. In the late-1970s the club acquired additional property on the club’s western boundary from Robert Trent Jones. As part of the transaction Jones was commissioned to design nine new holes adjacent to Byrd’s nine. Now that CCNC had 36 holes, not 27, it dropped the separate names for each of its nines: the two original nines became “Dogwood” and the combined Byrd and Jones nines “Cardinal.”

Prominent championships began coming early, starting with the 1965 North Carolina Amateur. Shortly following, CCNC was the site in 1971 and 1972 of the U.S. Professional Match Play Championship (won by DeWitt Weaver and Jack Nicklaus) and the 1980 U.S. Amateur (won by Hal Sutton). It has also hosted the prestigious (over 120-year running) Southern Amateur on seven occasions (with Ben Crenshaw, Len Mattiace, and Webb Simpson among the winners). The club has recently hosted two more USGA Championships, with Doris Chen capturing the 2010 U.S. Girls Junior and Nick Dunlap the 2021 U.S. Junior Amateur. More championships are on the horizon as CCNC will play host to the 2023 ACC Championships along with an eighth Southern Amateur (most all-time) in the coming years. 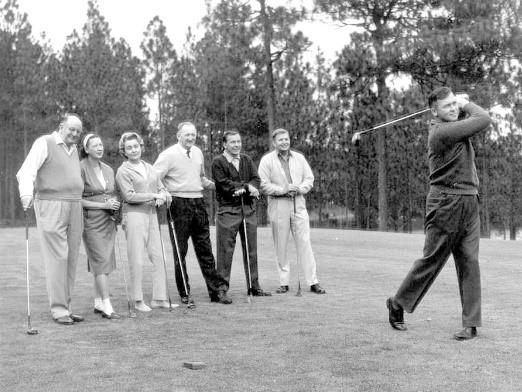 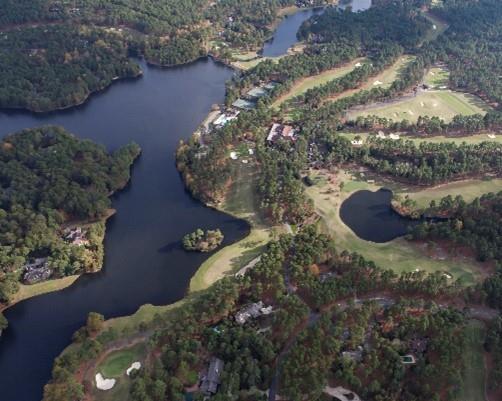 Today: A Traditional Golf Club With Modern Country Club Amenities
Now 59 years since opening, those 36 holes remain in place with the only changes being a 2001 Arthur Hills renovation of the Cardinal course and a 2016 Dogwood renovation by Kris Spence. Those updates have been well received as both courses are perennially ranked in the top 20 in the state (2022 #4 and #17) by the North Carolina Golf Panel. Today, the original 900-acre property has expanded to 2,000 and includes over 500 homesites to go with the 36 holes and over one hundred acres of lakes. The early lifestyle amenities of clubhouse dining, pool, tennis, rental cottages and recreational lakes have been added upon to now include multiple restaurants, outdoor dining, fitness center, pickleball courts and miles of walking trails. One of the unique characteristics of the club’s founding and culture was that few members lived in the Pinehurst area. With the charter and early members dispersed throughout the state, it truly was The Country Club of North Carolina. While the club of today has blossomed into a thriving residential community, the founding vision carries on as over half of the club’s membership are North Carolina or National members.