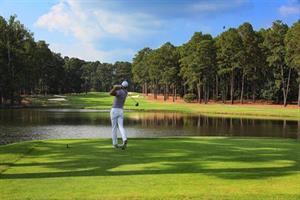 Since the opening of the Dogwood course in 1963, members and guests from all over the country have enjoyed the exceptional golf experience that CCNC provides. More than just the pleasure of playing outstanding courses in great condition, but also the natural beauty of the surroundings, the sense of playing through a quiet pine forest, the unhurried laid-back feel, and the warm hospitality of the members and staff all combine to make the golf experience one of the most memorable to be found. With over half the membership consisting of non-local residents, it’s also one that’s worth the travel. 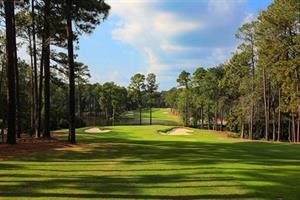 Dogwood and Cardinal - The Gems of Private Golf in the Sandhills

Meandering up and down the rolling hills, through the long leaf pines, and around the picturesque lakes of CCNC are two exceptional and challenging golf courses. Both the Dogwood, a 33-year member of Golf Digest's Top 100 courses list, and Cardinal are perennially ranked high in the state by the North Carolina Golf Panel (2021 #3 and #16), and the highest ranked of all private, member-owned courses in the Sandhills. Opening in 1963, the Dogwood Course was originally designed by noted architect Ellis Maples along with Willard Byrd. In 2016, architect Kris Spence was brought in for a renovation, with the goal of updating the course while maintaining much of the elements of Maples' original design. 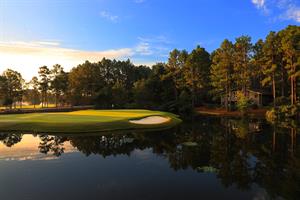 The work included a move to Champion Ultradwarf Bermudagrass greens and ultra-playable Zeon Zoysia fairways, the only zoysia course in the Sandhills. The Cardinal Course, designed by Willard Byrd and Robert Trent Jones, originally opened as a third nine in 1970 and completed with the final nine in 1981. Including "hybrid" tees, both courses offer 10 sets of USGA rates tees, allowing for play from almost any preferred yardage.

The CCNC golf courses have long been heralded as outstanding tests of championship golf.  Long-standing relationships with the United States Golf Association, Carolinas Golf Association, and the Southern Golf Association have led to the hosting of many of their great championships. Victors at CCNC include the likes of Jack Nicklaus (U.S. Professional Match Play Championship), Ben Crenshaw (Southern Amateur), Hal Sutton (U.S. Amateur), and longtime CCNC member Webb Simpson (Southern Amateur). That legacy was most recently added upon with the 73rd playing of the U.S. Junior Amateur Championship in July of 2021, the Club's third USGA national championship.  The next champions to be crowned at CCNC will be at the 2023 ACC Conference Championships. 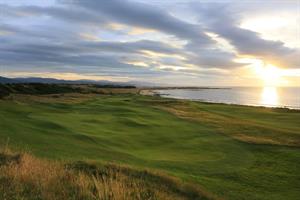 In tribute to Donald Ross’ great influence in the North Carolina Sandhills, numerous areas of CCNC have taken on the name of his Scottish hometown of Dornoch. The Dornoch Grille, Royal Dornoch Villas, and Lake Dornoch to name a few. Ross was the first golf professional at Royal Dornoch Golf Club, who’s Championship course is ranked #4 in the world (Golf Digest). A close relationship between Royal Dornoch Golf Club and CCNC dates back decades, with a match between the two clubs played annually since 2011, alternating home and away.

An official reciprocal agreement now exists between Royal Dornoch Golf Club and CCNC, allowing members of either to play the other for no guest fees. CCNC is the only club in the United States to have such an arrangement with RDGC, a relationship CCNC members enjoy and look forward to maintaining for years to come. 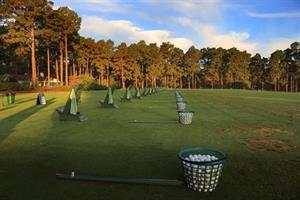 On top of playing two exceptional courses, CCNC members enjoy a golf lifestyle that includes first-class practice facilities, available tee times, walkable courses, organized golf association and daily play along with an active junior golf program.  No matter how one enjoys their golf, their ideal lifestyle can be found here.

For additional information on all The Country Club of North Carolina has to offer please contact the club at (910) 692-6565 or complete the form below.